Reaffirming Debt in a Chapter 7 Bankruptcy

Filing for bankruptcy under Chapter 7 of the U.S. Bankruptcy Code is a good solution for individuals who are unable to make payments on the debt they owe and would like to put an end to the collection efforts of their creditors.  At the end of a Chapter 7 bankruptcy, most debts are discharged except those reaffirmed, meaning the debtor is no longer liable to make payments to most creditors.

Nevertheless, these creditors may still have recourse against the debtor for any secured debts that were discharged.  A debt is secured if the creditor holds an interest in one or more of the debtor’s assets as collateral for a loan.  This interest is called a security interest, as it secures repayment of the loan by allowing the creditor to take the debtor’s collateral asset(s) if payments are not made as agreed-upon.

For example, under most home and car loans, the debtor’s home or car is the collateral asset subject to the lender’s security interest.  If the debtor fails to make payments in accordance with the loan agreement, the lender can repossess the asset, sell it, and apply the proceeds towards the balance remaining on the loan.  Similar security interests may exist over assets purchased on store credit, such as large furniture or appliances.

Individuals who have secured debt and are considering whether to file for Chapter 7 bankruptcy may face quite a predicament, as doing so would put them at risk of losing what are likely their most important assets.  Because this would hinder the “fresh start” that bankruptcy seeks to offer, Chapter 7 provides for a process that may help them avoid these consequences.

Reaffirmation is a process that allows a debtor to keep certain assets they might otherwise lose under Chapter 7 by reaffirming their commitment to make payments on the loan secured by the asset, even though their liability to do so would technically be discharged by the bankruptcy.  A creditor cannot prevent a debtor from reaffirming a debt, so long as the debtor is current on monthly payments.

Because reaffirming a debt can negate the objectives of a Chapter 7 bankruptcy, however, it should only be used to protect assets that are necessities.  When deciding whether to keep an asset by reaffirming a secured debt, factors such as the asset’s current value, the rate at which this value will depreciate, and the balance remaining on the loan should be considered.

Reaffirmation may be wise when the value of the asset is much greater than the amount owed, or where the debtor is able to reaffirm under terms more favorable than those of the original agreement.  A debtor may also choose to reaffirm a debt for which there is a co-signer on the loan, as the debtor’s obligations would be terminated by a discharge and would make the co-signer fully liable for repayment.  Regardless of the reason a debtor chooses to reaffirm, their decision is likely to have a quick and positive impact on their credit score, as the creditor will be required to notify the credit bureaus whenever they receive a timely payment from the debtor.

The most significant downside of reaffirmation is the risks a debtor may face if they are unable to continue making monthly payments at some point following the bankruptcy and discharge.  Though the debtor could have lost the asset regardless, reaffirmation reinstates the debtor’s liability for any amounts owed and not recouped by the creditor when the asset is sold.  Moreover, a debtor who defaults on payments of a secured debt will not be able to protect the assets or discharge the debt by filing a Chapter 7 bankruptcy unless 8 years have passed since the prior bankruptcy case was filed.

To reaffirm a debt, the debtor and secured creditor must enter into a written agreement acknowledging the debtor’s intent to continue making payments to the creditor even after the debt is discharged.  In addition to their agreement, they must complete forms that include a statement of the debtor’s intention to reaffirm the loan in accordance with the terms disclosed.  The debtor has a right to reaffirm the debt under the terms of the original agreement, but the terms may be revised if agreed to by the debtor and creditor.  Most of the time, the terms are the same as those present in the original agreement.

The Court is unlikely to grant approval of the agreement if it finds that reaffirmation would place an undue hardship on the debtor.  In making its decision, the Court will review the debtor’s monthly income and expenses to assess whether the debtor will be able to make the payment each month, in addition to considering the current value of the property versus the balance owed, the interest rate, and other terms of the agreement. If approved, the debtor has a unilateral right to withdraw the agreement for 60 days from the date of approval or the date of discharge, whichever occurs later.

Filing for bankruptcy can be complicated, especially when questions such as whether to reaffirm a debt are involved.  To learn how bankruptcy can be the most beneficial to you, please call (417) 883-7800 to schedule a consultation with one of our bankruptcy attorneys.

Schedule A Consultation
We are a debt relief agency. We have helped people file bankruptcy since 1990.
The choice of an attorney is an important decision and should not be based solely upon advertisements.
© Reynolds and Gold Law 2018. All Rights Reserved. 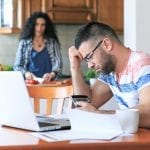 How many times can you file for bankruptcy?Bankruptcy Resources 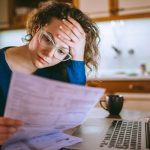