What Does Missouri’s Amendment 2 Say About Opening A Medical Marijuana Business?

On November 8th, 2018, Missouri became the 31st state to legalize medical marijuana, passing Amendment 2 with 65.59% of the vote. In fact, Amendment 2 garnered more votes than any other measure on the ballot, including the vote for Governor. With a 4% tax on marijuana products, the amendment is expected to raise $20 million for healthcare and workforce development for veterans.

With this legalization comes the need for cultivation facilities, dispensaries and manufacturing facilities for medical marijuana-infused products. The amendment officially took effect on December 6, 2018, and now the process has begun of creating a list of rules and regulations so that interested entrepreneurs can prepare to break into the medical marijuana industry.

Are you interested in opening a medical marijuana business? Learn what to expect in the coming months as these regulations develop.

The Department of Health and Senior Services (DHSS) is responsible for creating and executing the rules and regulations for the medical marijuana industry, including creating the timeline for both businesses and patients.

What are the rules for medical marijuana facilities?

These differing rules extend to application fees and licenses as well:

These guidelines are far from the last round of regulations that have been created for medical marijuana businesses. When the final regulations are released in June, businesses can begin to make specific plans for their medical marijuana facilities. Reynolds & Gold will be following along during the process and providing information as it develops.

Do you have any questions about starting up a medical marijuana business?

Contact Reynolds and Gold. We can guide you through the process from application to certification and beyond.

Schedule A Consultation
We are a debt relief agency. We have helped people file bankruptcy since 1990.
The choice of an attorney is an important decision and should not be based solely upon advertisements.
© Reynolds and Gold Law 2018. All Rights Reserved. 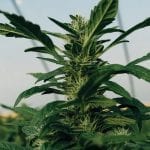